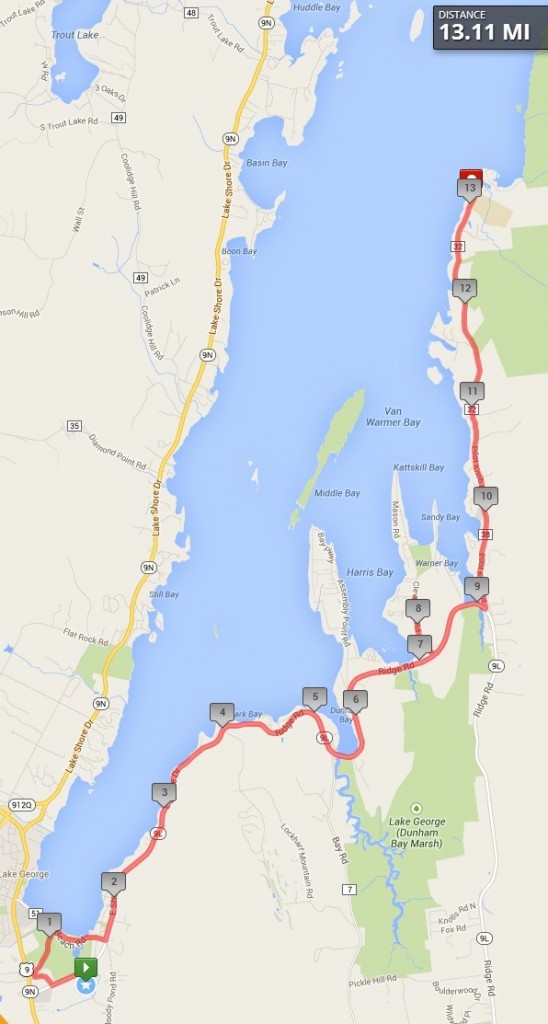 My buddy Sean and I will be running on a course upstate described as a “surprisingly fast” course along the shoreline of Lake George in the southern Adirondack Mountains of New York.

The race unfolds along the shoreline of one of New York’s historic summer resort communities, framed by the famous homes that make up “Millionaire’s Row” on the western side of the lake.

We will race near Lake George Beach State Park, and from there make a loop around the park as we head toward the lakefront to get to Beach Road.

Once we make it to Beach Road, we will turn right and head east for a stretch before turning left onto Front Street. We then take another turn onto Lake Street and then a turn onto East Shore Drive, which begins a long northward run along the eastern shoreline of the lake.

The steepest and biggest hill of the race occurs in this stretch, and looking forward to it.

After that, the hills largely subside for the next few miles, and don’t rear their head again until about the mile 10 marker. Then it’s just a few more miles past Van Warmer Bay, up to the YMCA Camp Chingachgook for the race finish line.